How to describe Pu-erh tea?

This article is only a guideline, it is important to remember that the best tea is the tea that you like. Pu-erh tea has a rich taste and offers a large variety of profiles because there has been no standard in how it should taste like. Yet, it can be useful to know what to notice in a cup of tea. While reading, please keep in mind that this is not an exhaustive list, it is only the most common comments one can hear here and there while drinking tea in China. 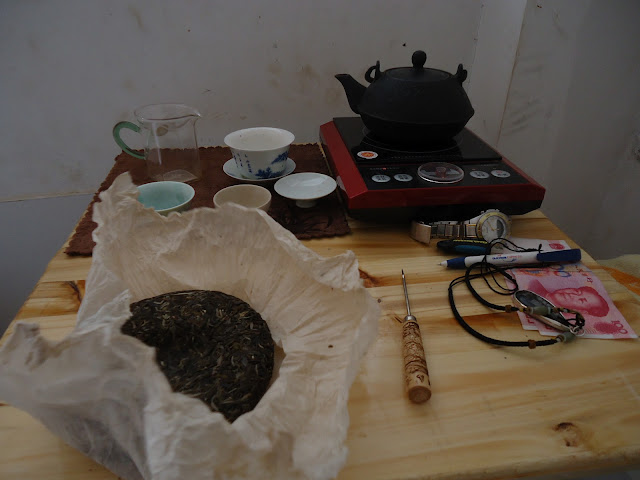 The flavor (Xiang Wei 香味) is an important part of tea quality, first, you can smell the dry leaves. In order to fully release their aroma, you can heat them up with steam, either by putting them at the tip of the kettle, either by smelling them in the pre-heated gaiwan/teapot. After the washing (the first brew), the damp and warm leaves will release different fragrances, it can be enjoyable to smell the leaves in the gaiwan at different steps of the tea session.

The empty cup of tea is another point of interest, the hot tea liquor on the cup walls slowly evaporates and great scents can be noticed, those smells evolve as the aromatic compounds evaporate, it can be worthwhile to smell your empty cup regularly.

Finally, the tea liquor itself is full of fragrances, you can notice them better if you only pour your cup halfway. Nonetheless, the best way to enjoy those scents is to drink up the tea and use retro-olfaction, which means you breath air out through your nose while keeping your mouth shut, the air coming from the lungs will be full of tea aroma and you will perceive more complex flavours than by simply smelling tea in the cup.

Aroma is very volatile, it can change very quickly and is somewhat hard to describe. Yet, you will notice that some Pu-erh teas are more aromatic than others: Mengku, Nannuo, Mengsong and Jingmai are examples of highly fragrant teas, bursting in your mouth. Yiwu and Bulang teas have typically more contained aromas, it does not mean they lack of complexity but they have a different way to spread, they don't give everything in the first cup.

The aroma of a tea depends a lot on its processing and aging, it is up to the tea farmer to build a complex tea fragrance by adjusting the heaviness of Sha Qing and rolling process to the right degree. Aged tea fragrance is mostly built up by the storage environment. A common chinese saying tell: ''the more aged, the more fragrant 越陈越香''. In reality, it mostly depends on the aging conditions of the tea. 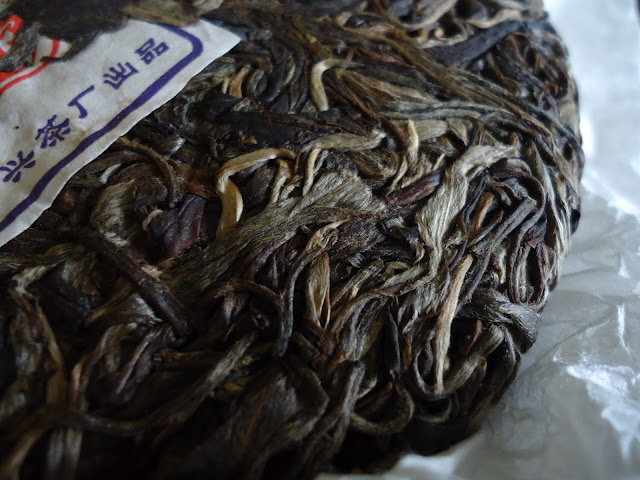 What makes Pu-erh so different from other teas is its complexity in the mouth feeling. Let's call it with the chinese word: Kou Gan 口感.


a) Bitterness (Ku Wei 苦味)
There are three kinds of bitterness:
-Lingering bitterness: it feels a bit puckery and is very present in some Bulang tea, especially those from the varietal called ''Ku Cha 苦茶''.
-Bitterness that transforms into astringency, it is often associated with young tea trees.
-Bitterness which transforms into sweetness, it is characteristic of old trees in several areas (Lao Man E, Banzhang, Jingmai...), this last one is often the most praised of the bitterness.

In a tea cup, those three kinds of bitterness are mixed, it is rare to find bitterness that only transforms into astringency or sweetness. The duration of bitterness is also a quality criteria, most amateurs prefer bitterness that transforms quickly. For example, bitterness in Lao Banzhang tea should transform faster than in Lao Man E tea, this is considered as a major difference between those two villages' tea taste.

b) Astringency (Se Wei 涩味)
This is the feeling of having a rough tongue, as astringency deploys, the taste buds contract and it can feel a bit itchy. You can especially feel astringency when you touch your palate with your tongue. Astringency on the tongue is present to different extents on each tea. It is often heavier in young trees tea and in some aged teas.
Astringency can also be felt on the skin touching the upper teeth, it feels like the lips are hard to detach from the teeth. This kind of astringency is often found in plantation tea but is less common in old-growth tea.

The Chinese tea amateurs tend to regroup bitterness and astringency under the term Ku Se Wei 苦涩味, this term is used to describe the general aggresiveness of tea.

c) Sweetness (Tian Wei甜味) is somewhat hard to describe, it is often what remains in the mouth after you have swallowed the liquor, it deploys on the sides and on the upper part of the mouth, when sweetness deploys into the mouth, it can feel as if the skin slighlty expanded. 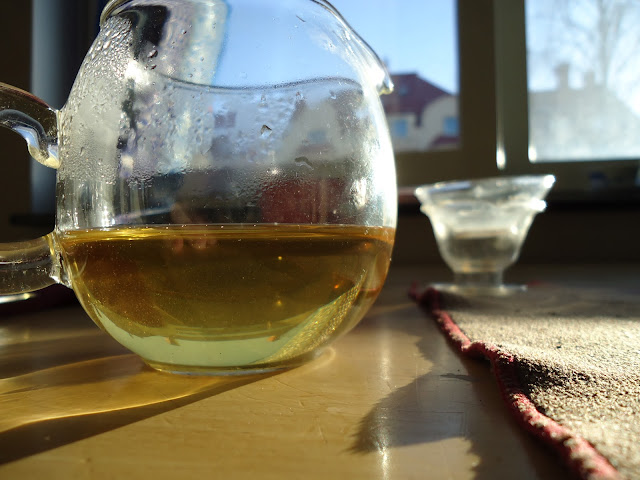 In many high quality Pu-erh teas, a pleasant sweetness can be felt in the throat, it is called Hui Gan 回甘. Deep and lingering Huigan are unique to old trees tea, this refreshing feeling can remain for a long time after drinking. Bulang Shan tea feature very nice Huigan, this is maybe what makes Lao Banzhang tea so famous. 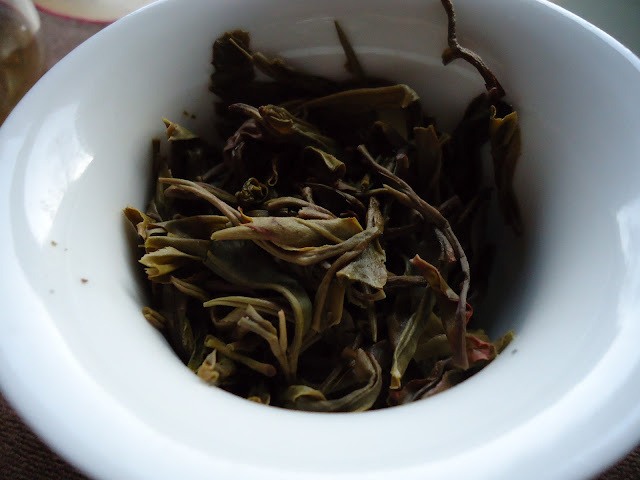 If you pay attention, you can notice a lot of things happening in your body while drinking Pu-erh tea. This feeling can be called Chaqi 茶气, it varies according to the people and it seems not everybody does perceive it. Good tea can make you feel good, just like being drunk but without the negative effects. When drinking tea from old trees, one can feel more concentrated, relaxed and energized. If you drink too much Pu-erh tea, you can feel tea drunk or Cha Zui 茶醉 in Chinese.