What defines a tea?

There are hundreds of different names for tea : Darjeeling muscatel, Bi Luo Chun, Tie Guan Yin, Hojicha,  Pu-erh, Bai Mu Dan, Tai Ping Hou Kui, Dong Ding, Dong Fang Mei Ren, Gyokuro, etc…
Just like the classification of European wines, this system requires a lot of knowledge; you have to learn about the specifications of each tea one by one.

I would like to give a simpler approach to tea. By focusing on the aspects which have the most influence on the taste of tea, you will be able to have a rough idea of what the tea will taste like just by looking at the leaves.

First, let’s start with things that are not obvious to see: the cultivar. Apart from Pu-erh tea, most of the teas come from selected tea trees. For example, Tie Guan Yin comes from a specific cultivar, its processing is the same as many Taiwanese high mountain teas. Tea trees are mostly selected for the taste of their leaves, and to a minor extent for their capacity to resist certain disease or cope with frost.

There are two main varietals: sinensis and assamica, also called China and Assam or big and small leaf varietal. Generally speaking, var sinensis has small leaves, a low yield, a better resistance to low temperatures and more fragrant leaves than var assamica, which is a more robust varietal. Their main botanical difference is that sinensis is a shrub: it grows many small branches from the ground, assamica is a tree, it grows a single trunk and grows taller. The difference in leaf size can be confusing because there is a middle ground where leaves could come either from sinensis or assamica. There are also wild varietals such as Camellia taliensis in South East Asia or Camellia formonensis in Taiwan.

The harvest time, altitude and agricultural techniques have influence on the strength of tea because the tea leaves will make different amounts and types of chemical compounds according to the environment conditions: temperature, sunlight,  nutrient and water availability, presence of some insects…
Finally, the leaf grade has a big influence on the tea quality. More buds give lighter and more fragrant tea, while older leaves give a stronger brew with more bitterness and astringency. Tea with lots of buds is more expensive because it takes more time to pick, but it’s not necessarily the tea you’ll like most, some people, including me, prefer 1 bud/2 leaves tea over single buds or 1bud/1 leaf. A high amount of tea stalks makes tea sweeter.

A good tea starts in the field, but its quality is glorified in the factory, the large variety of taste is obtained thanks to many different processing techniques. However, those techniques have an impact on a couple of factors only, which I’m going to detail now.
The oxidation state might remind you of your worst cramming time at university, trying to understand organic chemistry. Tea has many polyphenols, which are (in)famous for having many possible oxidation states. Simply put, the more oxygen atoms attached to a molecule, the more oxidized it is (dear chemist readers, I’m sorry for taking such shortcuts!). The more oxidized a tea, the darker it is, note that most of the teas being black, green or wulong, they are solely differentiated by their oxidation state.  I’m not going to go into further details on what happens in the leaves, but oxidation state of tea can be influenced by heat treatment (pan frying or steaming) and aging (especially in Pu-erh teas and white tea).

Roasting is another way to make a tea darker and enrich its flavor profile. Just like coffee, some teas are roasted, a chemical reaction occurs and the leaves get darker, this is the same process that makes meat turn dark when you cook it, it is called the Maillard reaction. Roasted tea leaves have a hard time unfolding when they are brewed, this is because the leaf cells are damaged during the process and probably stick together. It also brings out more astringency because as some cells burst, more chemical compounds will be released during the steeping.

Most of the teas are rolled, some of them so heavily that the leaves are broken during the process, just like many Darjeeling teas. During the rolling process, the cell walls are broken; just like roasting, this allows more chemical compounds to be released during the brew. Heavily rolled teas pack a punch in the first brews but struggle after a couple of infusions. They tend to be more bitter and astringent; this is what gives “briskness” to the Indian teas.

Finally, tea can have added flavor, wanted or not. Smokiness or off-flavors are generally considered as flaws but can be desirable traits. Mixing fragrant flowers such as jasmine is a traditional way to bring more fragrance to the tea leaves. More modern techniques involve the spraying of artificial flavors or essential oils.

To summarize, if you want to know what kind of tea you’re dealing with, try to know which cultivar it comes from, in which conditions it was grown, when it was harvested, look at how dark the leaves are, check if the leaves seem roasted, oxidated, heavily rolled or broken. And more importantly, enjoy your tea session.

Tea makers don’t see each tea categories as independent. In the field and factory, you can virtually make an infinite number of different teas because you can always do something more or less: weathering, rolling, frying, roasting, drying… These are slides, not switches. Knowing this, debating about whether Darjeeling tea is black or wulong tea then becomes irrelevant. A name is only an approximation; the real thing is what you get in the cup. 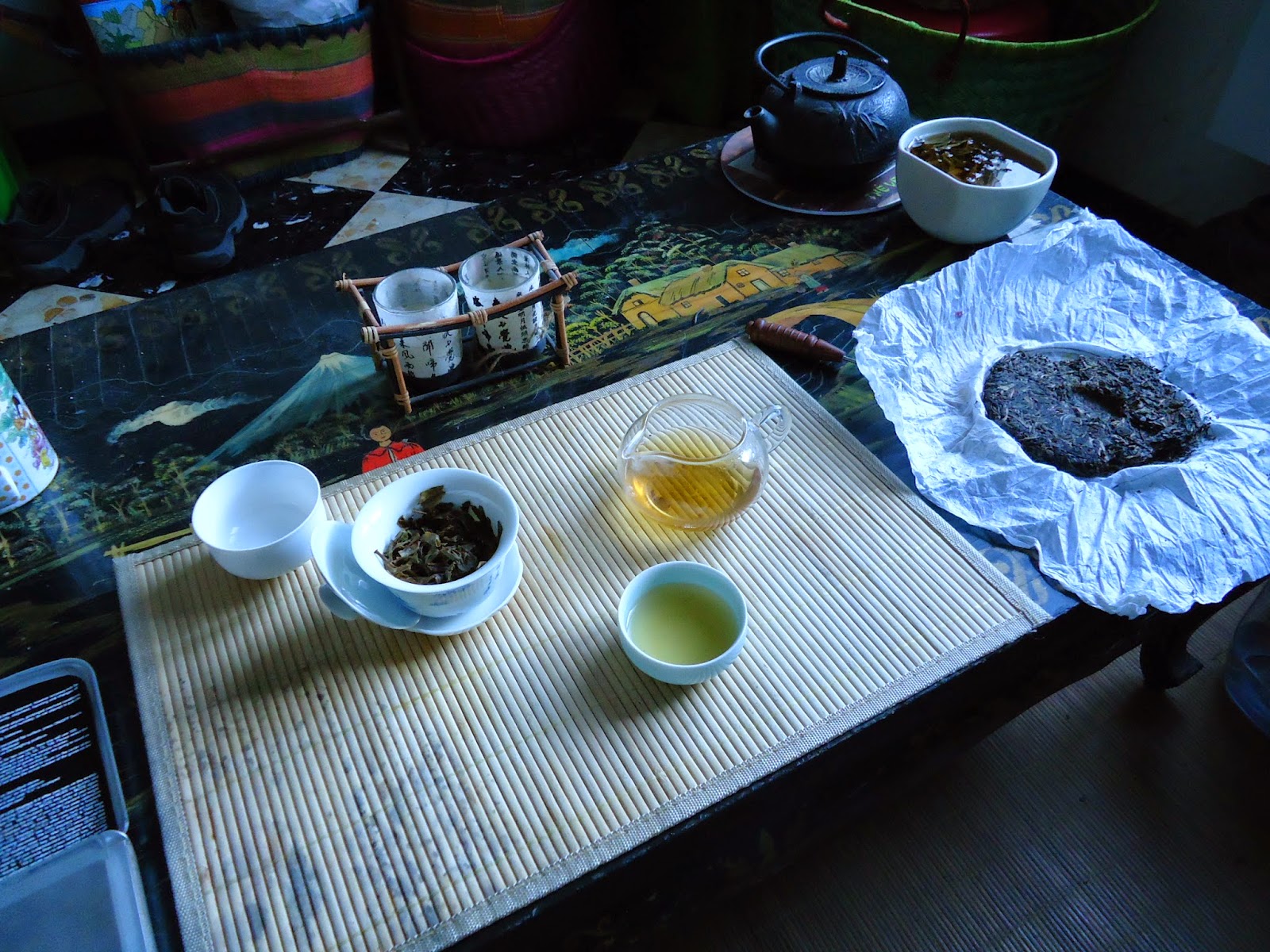